Last Fall, the Department of Environmental Conservation (DEC) announced a proposal to establish a special week of hunting during Christmas Week for longbow, compound bow, and muzzle-loading deer hunting in the entire Southern Zone.  As you all know, this would hurt the snowmobiling industry.  After significant engagement with the Department, including the submission of formal written comments, we thought our message would be heard.  In addition to NYSSA’s objection, over 1,000 additional comments were submitted in opposition to DEC’s proposal.  As an industry, we worked together to fight this “special” hunting season, which may end up being disastrous for snowmobiling in the vast majority of New York State.

Regardless of our significant efforts, to our shock and disappointment, the DEC released the formal adoption of the proposal in the February 17th issue of the State Register.  Since yesterday’s release, NYSSA has engaged with the DEC Commissioner’s Office to discuss potential mitigation strategies, such as a limited pilot season affecting a limited portion of the Southern Zone where snowmobiling occurs less frequently.  While the adoption of the regulation is upsetting to our entire community, the fight is ongoing, and we will keep our members updated in the coming months. 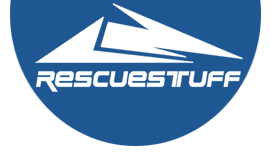