It is now mid-October and while there is no snow to speak of on the ground, there is much going on in the snowmobiling community.

One of the most important things you can do as a snowmobiler is to join your club and join it early. Clubs are only now starting to receive the last of their Trail Fund assistance from last season. For many clubs, this is already spent as they spend more caring for the trail than they get from the State from the Trail Fund. Many clubs are operating on fumes.

If you join before December 1, 2020 (same for those who already joined) you will be entered in a drawing for $1000 cash. The drawing will be on December 5 at the NYSSA Board of Di-rectors meeting and will be broadcast live on the NYSSA Facebook Page.

The second thing to do is a little harder. Register your sled now. Don’t believe the stories that the state is committed to shutting down the trail system this winter. They haven’t thrown all the hikers off of the High Peaks, so they won’t be closing the trail system. However, do follow social distancing and CDC guidelines when you stop for food along the trail. Don’t jeopardize that owner’s business by your actions. But that same owner really needs all of us to spend our snowmobiling dollars at their establishment.

NYSSA, along with our Albany based lobbyist, will be working very hard to ensure the clubs get all the trail maintenance money they are entitled to over the coming months. We were successful with the last payment of last season, which is now getting to the clubs. My sled is all set to go, club membership done, registration done, and insurance paid. It’s time to get the dryer sheets off yours and get ready for the season.

While there is no snow on the ground, the NYS Department of Environmental Conservation has unknowingly (I am being kind) pro-posed a new hunting regulation that is likely to diminish our opportunity to ride by about 10 days.

On the pages of NY snowmobiler magazine, you have seen us tell riders on many occasions that trails do not open until the club says they are open and deer hunting is over. That would be December 22 this year.

DEC has proposed to open December 26 through January 1 as a special deer season for longbow and muzzle loading in the Southern Zone (mostly south of the Thruway). Based on our landowner wishes, this means that clubs will not be able to prepare trails from October 1 through January 1. We do believe that DEC failed to perceive the relationship between our landowners, snowmobile clubs and hunters.

If you have not sent in a comment to DEC on this subject, the comments may be sent to jeremy.hurst(at)dec.ny.gov. Take a minute to read the official comments from NYSSA and feel free to borrow from them to send a note to the DEC. You can also send a simple note that says you oppose the extension of the deer season. 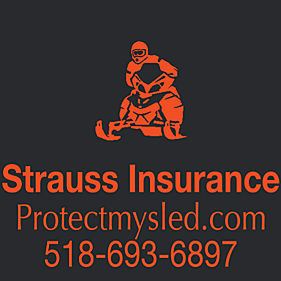 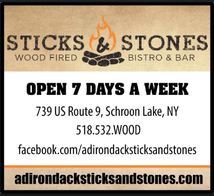